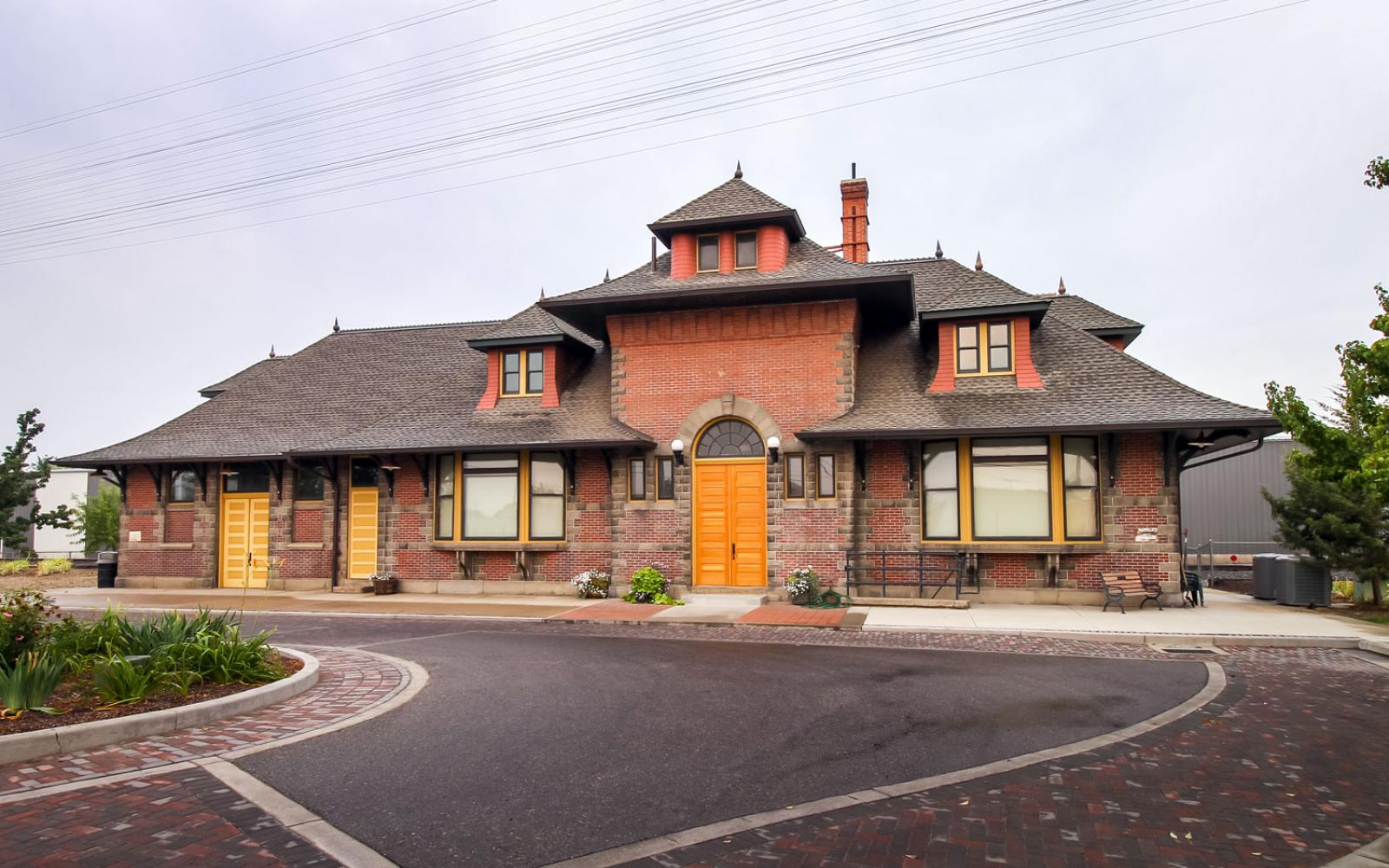 The Weiser Train Depot was constructed in 1907 and is, architecturally, a sister station to the Caldwell, Idaho and Ontario, Oregon depots which were built around the same time period and based upon a similar building design. Weiser depot, constructed of load-bearing brick and cast-stone is located at the end of State Street on its original site, adjacent to the active Union Pacific Railroad main line.

The Weiser Architectural Preservation Committee wished to renovate and rehabilitate the depot for use as an interpretive center, public and special events, limited office space and meetings.  This also included upgrades for accessibility.  The scope of the project included the abatement of hazardous materials, reconstruction of exterior and interior architectural elements and finishes, repairs, life-safety improvements, and installation of heating and air conditioning systems.

Based upon original photographs and absent any existing architectural drawings of the original structure the exterior and interior elements were re-created or maintained.  Drawings of the Caldwell depot were available for reference and the design team investigated both Ontario and Caldwell in order to compare the structures.  Various tell-tale signs in the Weiser depot helped to identify the original locations of missing elements.  Ultimately, the location of the remaining, existing walls was not modified and the interior layout was confirmed through photographs and comparison to other, similar depots.  The walls for the ticket counter and Women’s Waiting Room entry had been previously removed and were re-created as a part of this project to restore the original floor plan.