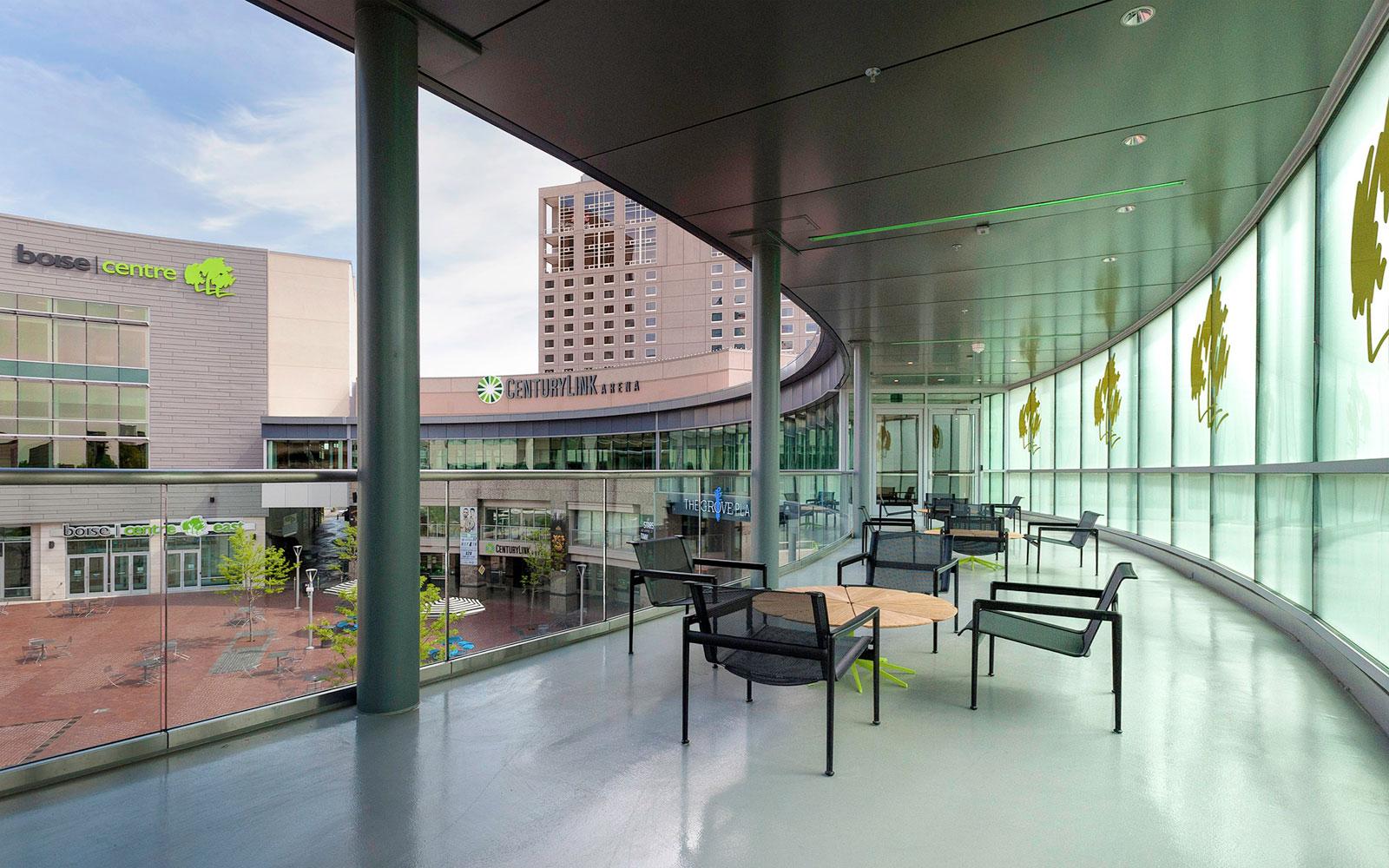 When the Boise Centre expanded their operations into the two new buildings on either side of the US Bank Building, a connection to the existing structure was vital for a seamless facility.   An enclosed pedestrian passageway at the second level was constructed along the edge of the public plaza to connect the new buildings to the Century Link Arena and the existing convention center.  At the western end of the concourse, a covered outdoor terrace was created to provide both an elevated vantage point to the plaza below and evening shade for the many concerts it hosts.

The challenge of integrating the multiple buildings into a cohesive whole was not solely a functional one.  Each portion had its own independent structural system, construction type and widely dissimilar exterior finish materials.  A unifying palette of finishes were selected for the concourse, both interior and exterior, while three different structural systems were isolated from each other with expansion joints.

The elevated concourse was connected to the lobby of the existing building with three escalators, a stair tower and an elevator.  Additionally, an existing underutilized auditorium was demolished and, in its place, a new ballroom and additional restrooms were built.  Within the demolished auditorium’s volume, a second-floor structure was added to house administrative offices, a large board room and a balcony overlooking 8th Street.

Floor-to-ceiling glass walls, skylights and clerestory windows allow ample amounts of daylight into the new spaces.  Flexible privacy is provided at the boardroom by switchable glass film, which converts the transparent glass walls to opaque.  Additionally, the entire east wall of the board room, adjacent to the balcony, retracts to convert this room into an indoor/outdoor space.

This concourse construction and renovation to the existing building ties the 86,000 sq. ft. of Boise Centre’s facilities into a unified whole that is attracting increased volumes to Boise.